Founded by Mehmed II on May 30, 1453, a day after the conquest of Constantinople by the Turks, it was re-established in 1846 as the first Ottoman higher education institution based on European traditions. The successor institution, which has been operating under its current name since 1933, is the first university in modern Turkey. Some pre-1930 Western sources refer to it as the University of Constantinople, after the previous name of the city. In contrast, one in French referred to it as the Université de Stamboul (“Stamboul” the name for the historic inner city).

At present, there are 69,411 undergraduate, graduate, and doctoral students studying in 33 academic units, including faculties, institutes, colleges, and vocational schools at ten campuses. The main campus is adjacent to Beyazıt Square in Fatih, the province’s capital district, on the city’s European side.

Besides being a member of the Coimbra Group, in 2019, the University took first place in Turkey according to the Academic Ranking of World Universities. Moreover, Istanbul University is ranked in the top 25 at the QS Universities In Emerging Europe And Central Asia 2021 Ranking. In 2020, the university’s AACSB accredited Business School was ranked 3rd in the Middle East and 2nd in Turkey, according to Eduniversal. The Faculty of Transport and Logistics is accredited by the International Road and Transport Union. In addition, the Faculty of Natural Sciences represents Turkey in four major studies conducted by the European Organization for Nuclear Research.

Istanbul University School of Business is the only AACSB-Accredited Business School among the public universities in Turkey.

The Best Global Universities Ranking 2021 of the U.S. News & World Report ranks Istanbul University 714th in the world, 225th in “Surgery“, 243rd in “Clinical Medicine”, 195th in “Endocrinology and Metabolism”, 255th in “Neuroscience and Behavior”, 383rd in “Molecular Biology and Genetics“, 442nd in “Plant and Animal Science”, 446th in “Biology and Biochemistry“, and 593rd in “Physics”.

By CWTS Leiden Ranking 2019, Istanbul University is ranked 335th (overall), 196th in “Biomedical and Health Sciences”, 374th in “Life and Earth Sciences”, 669th in “Mathematics and Computer Science“, 544th in “Physical Sciences and Engineering“, and 570th in “Social Sciences and Humanities”. 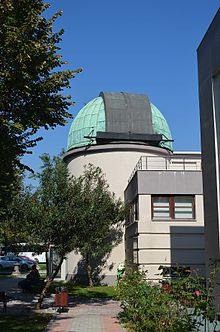 Speakers of the Turkish parliament

Courtyard of the Faculty of Literature